Terrapin Station at "The Grotto"

For several years @AttunedGarden has hosted our Gorinir Crafting Garden at her primary residence. However, she ran out of space there with no room for Greymoor's new sets...

Thus, we selected Terrapin Station as our new Crafting Area. @sunshine-daydream.us named The Grotto as her primary residence so it is reachable via the guild roster's "Visit Primary Residence" feature.


May 26, 2020 celebrated the Grand Opening of our newer guild hall: The Grotto!

We arranged for a banker and a merchant to provide basic services for our guild members onboard the ship upon which you arrive. Ezabi the Banker likes to hang out on the banister near the ship's wheel (the entrance/exit of the Colossal Aldmeri Grotto home) while Nuzhimeh the Merchant is on the top deck.

Beyond the archway beside Nuzhimeh are our alchemy & enchanting tables and a full galley (with a grill-style provisioning station) belowdecks. 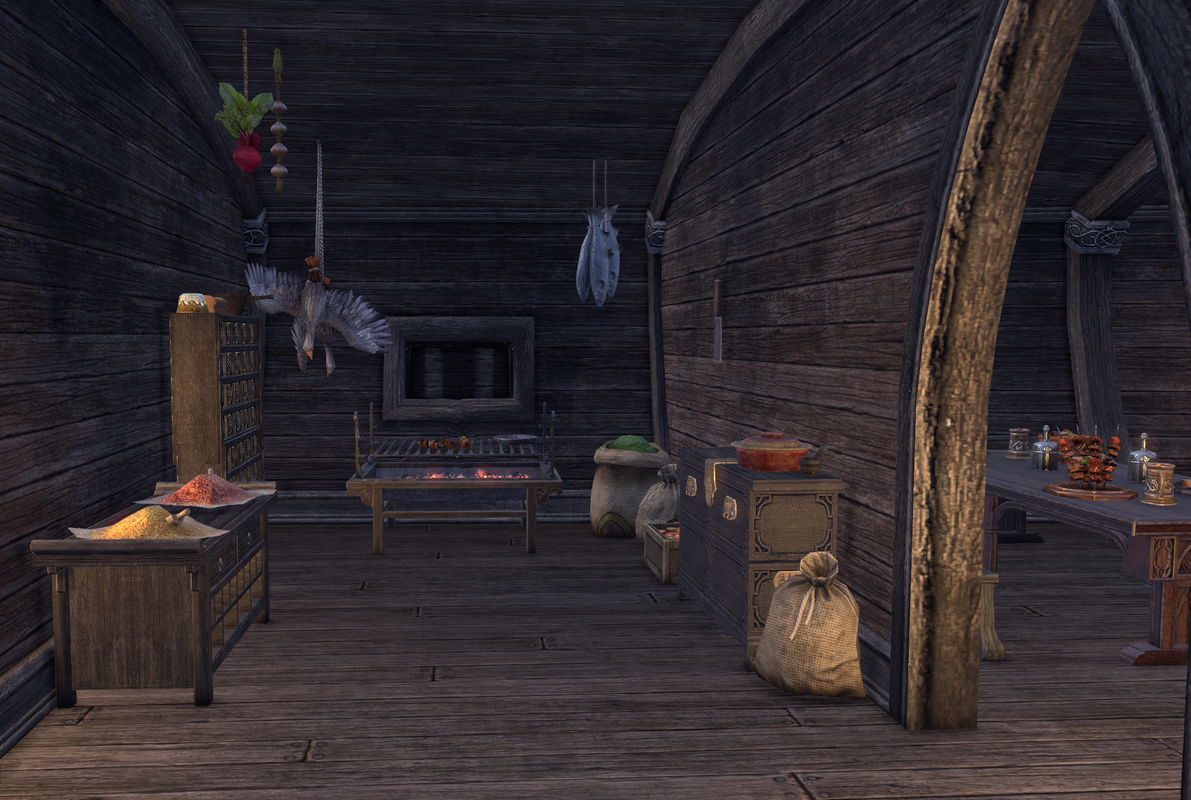 While belowdecks you may also spot a smuggler (fence) who wanders belowdecks, but she charges 35% and is only accessible upon completion of the Thieves Guild storyline.

Deboarding the ship but then turning right (away from the old stone structures) and heading past the greenhouse toward the windmill & outer beaches leads to a pier where a Mournful Aegis target dummy has been spotted. 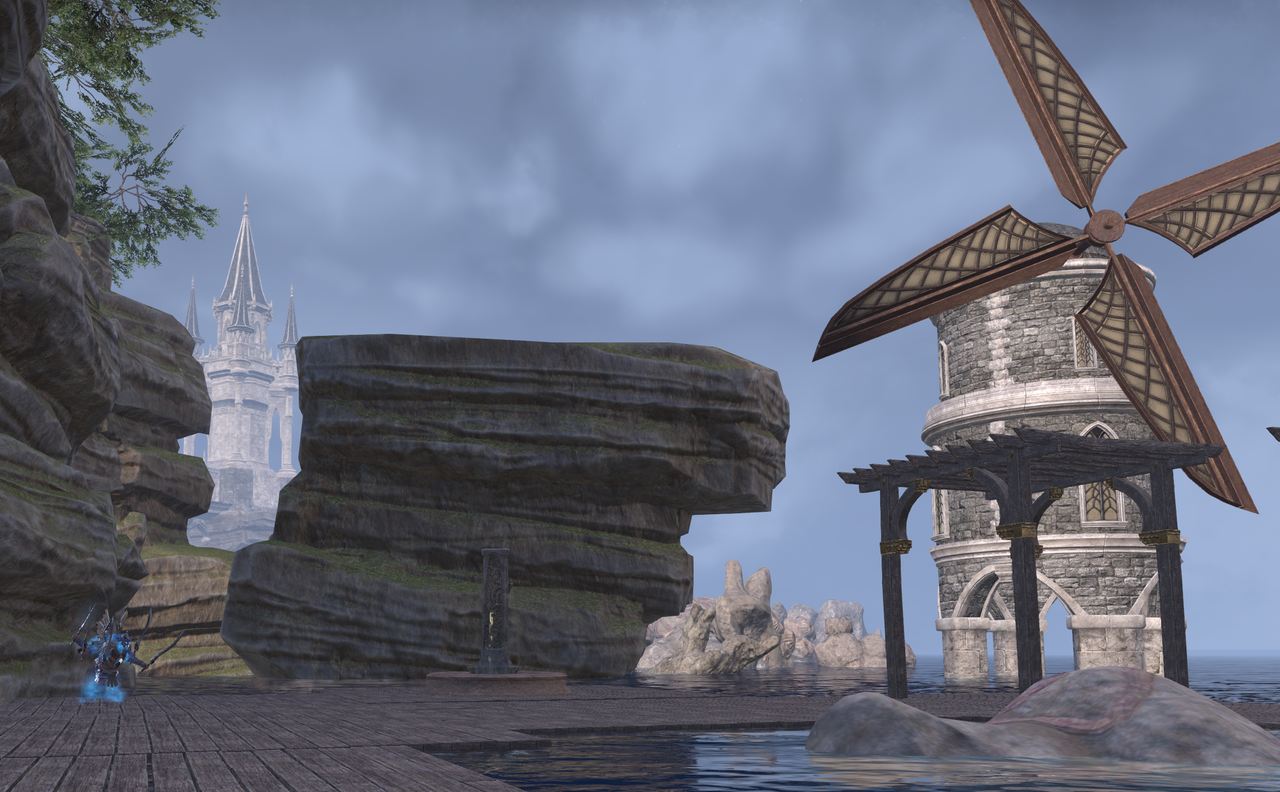 A Mournful Aegis target dummy is on a pier across the bay from the Crafting Area, beyond the Greenhouse.

From here a short swim across the bay to the other side's beach (or an even shorter jump off that side of the ship instead of deboarding via the gangway) takes you to the guild's new base camp (known as "Terrapin Station"), which includes a Transmute Station amid themed boardwalks that hold all of the game's craftable set tables. 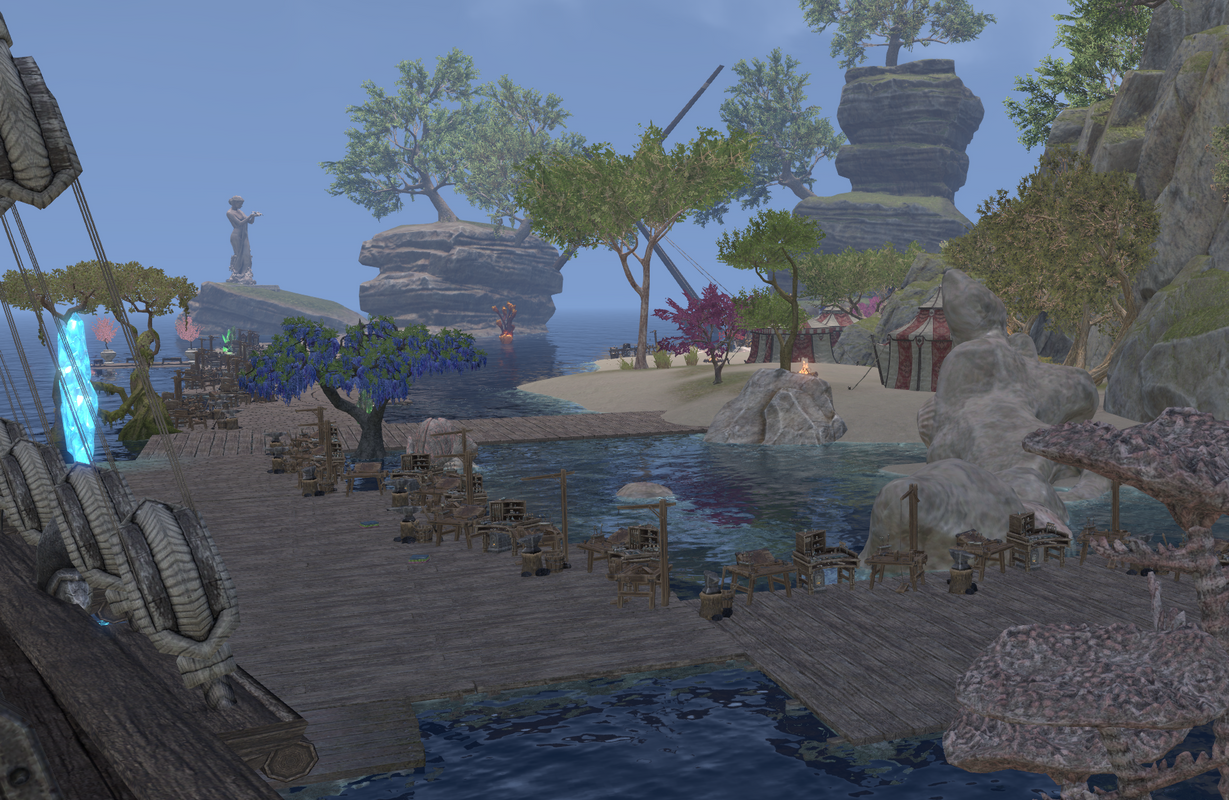 After any work you may want to accomplish, there's a reading & gaming area with some music boxes to provide a social spot halfway up the old stone stairs. Continuing to climb leads to Azurah's statue where we also hope to add a few mundus stones. When ready for some rest, there's also a relaxing fountain and some sleeping accomodations on the ruins of an old ship that somehow is nestled atop the waterfall.

On your way out don't miss interacting with Cadwell's portal!

Note: The previous guild hall, Hunding's Palatial Hall will remain available to guild members but will no longer be the guild leader's primary residence so traveling there will require an addon such as Port to Friend's House.

Tables for the various sets are arranged alphabetically within their designated theme areas as shown below. 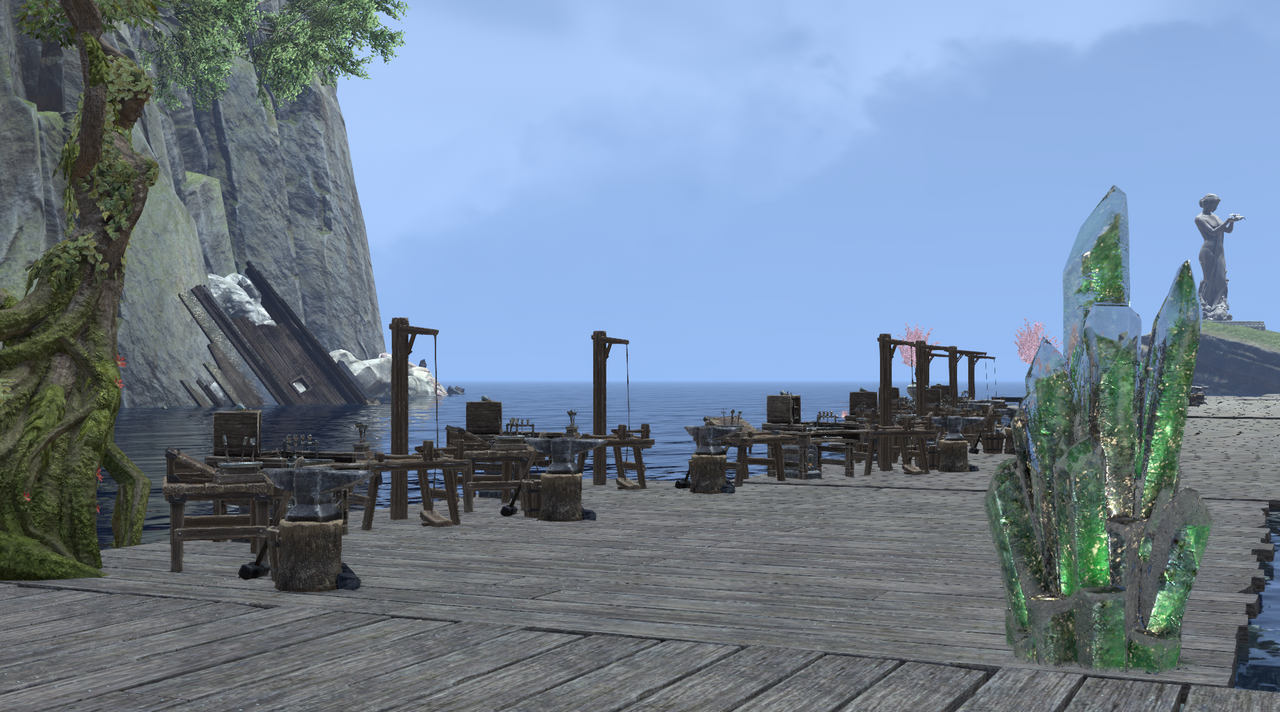 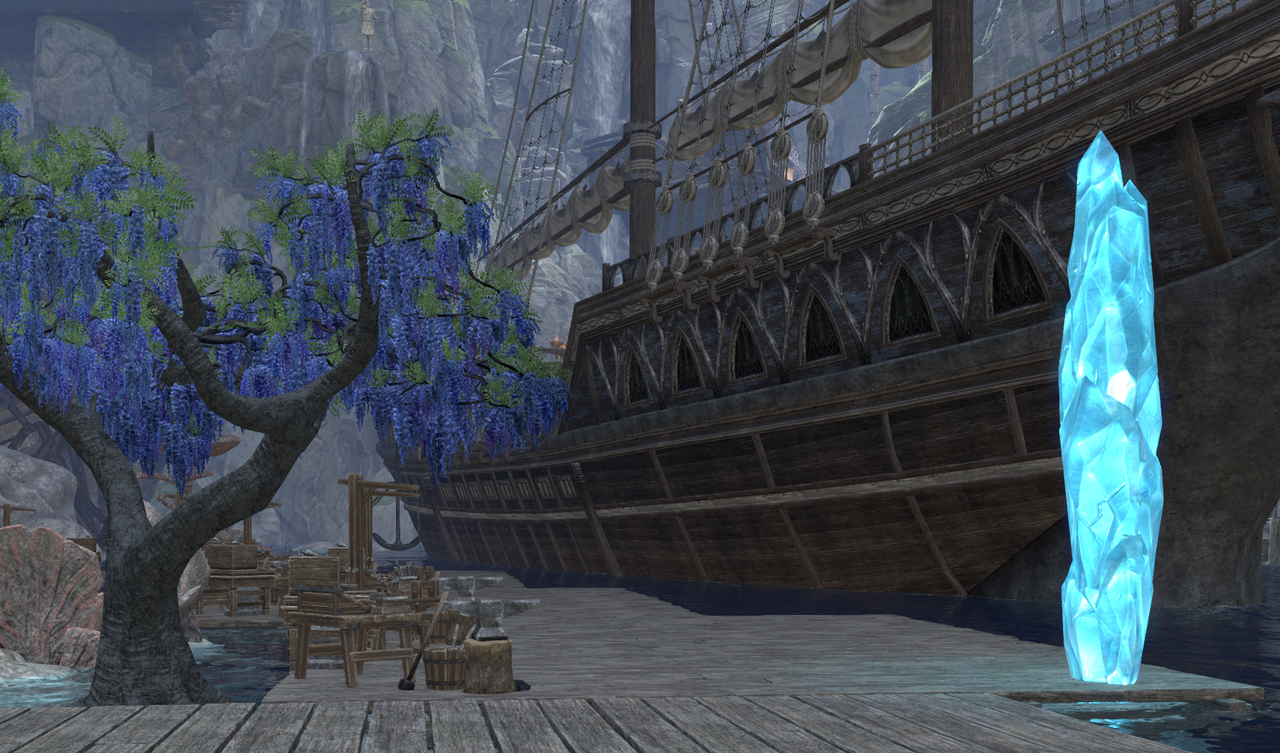 Note: the most recent sets, italicized below, are still onboard the ship rather than on the pier.